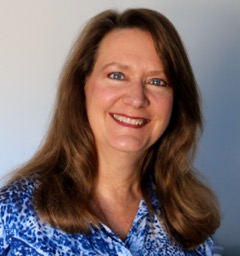 Fifteen years ago this year I signed up as an Associate with LegalShield, just as a favor to a friend. My background was insurance sales (almost 30 years now) and after 3 other network marketing companies that failed me prior to LS, I vowed that with this company, I would just use the membership and not be involved in the business. All of that changed after my husband Bill and I used the membership for the first time, resolving a $92 billing issue with the local telephone company that I had not been able to correct after working on it myself for three months. I saw how powerful the membership is for the average American, and started marketing it part-time along with my insurance products.

Within two years of working LegalShield just a few hours a week, I noticed how considerable the income had become, so I decided to get to know the company more. Mr. Wilburn Smith came to Albuquerque for a meeting and after hearing his testimonial, I went to my first convention, held in Oklahoma City. When I visited the home office in Ada (on Main Street before the new building), I was so impressed with the leadership and atmosphere there, I decided this was a company that had a service I wanted to represent in a bigger way. Since then, we’ve fallen in love with the membership, the mission, the history and the people involved in the company.

LegalShield gives me the time freedom to work a business on my schedule. My husband Bill, an Electrical Engineer, worked full-time with me for a number of years but his love of engineering called him back and now he works for S&C Electric out of Chicago. He is a tremendous support to me in our business and works the business with me part-time. Our three children are grown and gone and we have four beautiful grandchildren that I can enjoy during the week as well as the weekend! We love to travel, camp, hike, and enjoy water sports. We also love to spend time with family and friends.

We earned our $100,000 ring in 2009 and have sold 6000 memberships. We ordered direct from the factory our 2013 BMW X3 that LegalShield pays for through Performance Club and we get to work with a great bunch of friends throughout the country. And, LegalShield sends us on exotic trips every year. It’s a great life—thank you LegalShield!!

Everything that has a beginning has an ending. Make your peace with that and all will be well.~The Buddha
Posting....
Loading Comments...