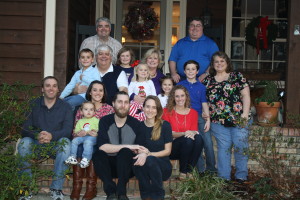 Jimmy was recruited into Legal Shield in May 1999 by Don Bryan after an interesting series of events. As a former Southern Baptist minister, he was keynoting the annual Mayor’s Prayer Breakfast in his hometown of Montgomery, Alabama earlier that same year when he became reacquainted with Don. Almost 30 years earlier Don had functioned as Jimmy’s mentor and Father figure in his formative years in the 1960s. Shortly after getting into the business Jimmy concentrated on recruiting and was fortunate to get to Director within 45 days. In September he journeyed to Ada with 5 of his new recruits where they immersed themselves in CDLP, Group, and Small Business Training: all in the same week. Jimmy returned home from these trainings…and did absolutely NOTHING in the business! He was convinced that his new recruits would go out and make him wealthy while he focused his time and energies on his travel and event planning business from which he resigned his ministry position to launch in October 1999.

After 9/11, Jimmy’s travel and event planning business literally dried up creating serious financial hardships for him and his family. After these struggles he once again contacted Don Bryan and expressed his interest in selling group memberships. When Jimmy began working full-time in the business, he had sold a grand total of only 37 memberships in his first 37 months in the business! He had delayed his full-time Legal Shield involvement for over three years, because he seriously doubted that this business opportunity could provide a full-time income for him and his family.

Although not ultra-rich by any means, Jimmy’s last ministry position was in an associate ministry capacity of a 7000 member church, which compensated him quite well, most definitely an upper middle class existence. Having traveled on family ski trips, cruises, and several international excursions due to his travel agent discounted travel opportunities, Jimmy wanted to be able to maintain that lifestyle in whatever profession he sought.

He plunged headfirst into Employee Benefit and Small Business Sales in August 2002 and absolutely fell in love with marketing to groups. Although starting slowly in his first 37 months from mid-1999 to mid-2002, he has sold over 14,000 memberships and opened over 300 groups in the last 11 ½ years! Jimmy cannot see himself doing anything else except Legal Shield, for he truly believes God has called him into this profession for the explicit purpose of helping people and building a legacy for his family.

Jimmy is indebted to Don Bryan for introducing him to this opportunity along with the vision of Mr. and Mrs. Stonecipher. He also appreciates Kathryn Walden and Nick Serba for extending the confidence in him by selecting him as Vice-President of Group Marketing and Small Business Trainer. He also is thankful for Keith Davis and the entire Group Marketing Department for streamlining his business as well as Ken, Randy, & Jeremy Moore for their availability, encouragement, and leadership by example.”My children Amy, Jim, Taylor, and Meg along with their spouses and our 6 precious grandchildren have helped their dad and “Papa” keep his ‘why’ in perspective. Most importantly my wife and life partner Sherry continues to be such an encouragement and ally as a partner in building my Legal Shield business along with serving as my best friend and closest confidant. As I continue the activity which leads to attaining the daily, monthly, and yearly goals I have set, I focus daily on my Legal Shield motto: Success in Legal Shield is inevitable, if you do the right things long enough!”

Jimmy & his wife Sherry live in Birmingham, Alabama where he serves as Senior Vice-President for Group Marketing & Small Business Trainer. He was selected as Co-Trainer of the Year in 2005, and has been awarded the prestigious $100,000 Ring. He will receive the 14,000 Golden App Award at the Las Vegas International Convention in July and was excited to be inducted into the exclusive Millionaires Club in 2011. Jimmy stated that he is particularly excited with several professional accomplishments in 2014: 1) Finishing #5 in Total Group Sales; 2) Finishing #1 in the B2B “Top the Charts” Incentive on Net Membership Growth in Existing Group Accounts; 3) Being Awarded two all expenses paid trips: Cabo San Lucas in February & Jamaica in June. His goals for 2015 include continuing to market memberships, open groups, and placing a renewed emphasis on recruiting new direct sales associates & brokers.

A man of action forced into a state of thought is unhappy until he can get out of it.~John Galsworthy
Loading Comments...